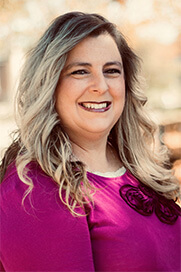 For Melissa Justice, all the signs of heart failure were there. The problem was that no one recognized them. When she was finally diagnosed with dilated cardiomyopathy (DCM), at age 31, her heart’s ejection fraction — the heart muscle’s pumping function — was severely reduced at less than 15 percent.

A left-ventricular assist device (LVAD) saved her life. But as it turned out, her story was just beginning. (*Please see medical disclaimer below.)

Melissa’s health problems started in 2009, with pitting edema in her legs. Her sister Nikki Dzikowski, who was pregnant, commented that she could push a finger into her leg and the dent would stay there. Melissa said, “Yeah, I can do that too.”

When Melissa got discouraged at not losing weight when her husband did, even though they were both doing the same exercise and eating the same foods, her doctor told her she must be mistaken. “You’re eating more than you think you are,” her doctor said.

Melissa soon was propping herself up with many pillows at night in order to breath well enough to sleep. Then climbing stairs started causing a heaviness in her chest. But with no frame of reference, these symptoms just seemed like oddities. Plus, she had just started a new job.

“I didn’t want to take time off to go to the doctor, so I just kept sticking it out,” Melissa says.

Eventually she couldn’t walk even a few blocks without gasping for air. It was time to see a doctor.

A Bridge to a Heart Transplant

Melissa had three EKGs, all with normal results. Her doctor then scheduled a stress test, but before that happened Melissa’s symptoms took a turn for the worse. She had an echocardiogram instead, and that was the test that revealed her condition. It showed her heart’s severely reduced pumping function, making it clear that she had dilated cardiomyopathy and heart failure.

No one in Melissa’s family had heart disease, and they were all shocked at her diagnosis. “Everyone came over and it was like they were saying goodbye,” Melissa says. “It seemed like the end.”

But Melissa stayed the course. She got the LVAD at the Ohio State University just in time — her doctors told her she wouldn’t last the day without it. If she made it three months with the LVAD, she could be evaluated for a heart transplant. It actually took five months, because Melissa was too sick to be put on the transplant list.

“I was in the hospital for three weeks after I got the LVAD,” she says. “After I went home I kept having complications. In five months I was only home a total of four weeks. An LVAD life is very tough.”

Melissa was finally well enough to be put on the list for a transplant. The call came and she went to surgery with confidence that she would wake up with a new heart. When she woke up, though, she didn’t feel like she’d had open-heart surgery.

“I heard a nurse say, ‘It’s a miracle,’” Melissa says. “Then my husband came in and said that while I was on the table they found that my own heart had started healing.”

Melissa’s anesthesiologist had noticed indications that her heart was doing better than expected, and pointed it out to the surgeon. To test her heart, they turned off her LVAD.

“They said you could hear a pin drop in the OR for half an hour while everybody waited for my heart to crash,” Melissa says. “When it didn’t, they said, ‘We’ve got to find someone else to put this heart in.’ Thankfully, they did.”

Eventually Melissa got her LVAD removed, which was harder for her than having it implanted.

“When they’re taking out the machine that was put in to help you live, there’s this fear that you’re going to stress your heart and it’s going to give out again,” Melissa says.

She pushed past the fear and had the surgery, and a few weeks later she got an implantable cardioverter defibrillator (ICD) to treat her ventricular tachycardia. She’s still doing well, and she and her husband have adopted two children. But another layer of concern was added when a few years later she met Dr. Ray Hershberger socially at an OSU event. She told him about her history of DCM and when he asked if anyone had told her what caused her heart trouble she said that no one really knew.

“I asked her if anyone had ever mentioned genetics, and she said she’d never heard of this possibility,” says Dr. Hershberger, who is Principal Investigator for the DCM Research Project.

“He was the first person who mentioned a genetic condition,” Melissa says.

She was skeptical, since no one else had mentioned genetics. But when her clinical genetic screening showed that she has an inheritable form of DCM called familial dilated cardiomyopathy, it raised the possibility that she might not be the only member of her family to have heart disease. With a genetic cause identified, her family members had an opportunity to get tested to see if they inherited the same genetic risk. Melissa’s family resisted genetic testing, since none of them were sick.

Melissa’s sister Nikki had symptoms of DCM that doctors always attributed to other causes. During one of Nikki’s pregnancies, she also got the flu. That seemed to explain a lot of her symptoms, especially the fatigue. But when the fatigue didn’t resolve she mentioned it to her doctor.

“She said, ‘No, you’re just the mom of six children. There’s nothing to worry about,’” Nikki says. She kept telling doctors that her sister was fighting a huge battle with her heart condition.

Nikki’s breathing became so difficult that she couldn’t sleep, an echocardiogram showed that her heart was also functioning at only 15 percent. Her newest baby was then three days old, and her sister Melissa was waiting for her genetic screening results.

When Nikki had genetic testing, the results showed that she inherited one of the same changes in a DCM-associated gene that was also found in Melissa. Eventually tests showed that two of her six biological children also inherited the DCM-causing DNA change from Nikki. This knowledge has allowed her children to get early diagnosis and treatment for DCM.

Nikki and her children are doing well on medication. But having a lifelong condition changes the way you look at the world.

A New Outlook on Life

Both Melissa and Nikki participate in DCM research studies at OSU. They hope that contributing to the knowledge base about DCM can help others with this condition, and especially that more care providers will recognize symptoms of DCM.

“If my first physician had done an echocardiogram they would have known that I had a heart condition,” Melissa says.

The sisters also advise people to be good advocates for their own care. That can mean seeking quality information and being assertive with care providers. For example, if you don’t feel your symptoms are being taken seriously, ask for a second opinion.

And most of all, the sisters agree that people with DCM should focus less on the numbers and more on how they feel.

“The beautiful part of having DCM is that it gives you an appreciation for every day that you do have,” Melissa says. “Every time I hit a birthday, I’m so excited that I lived that long. There’s a change in your heart and in your everyday life that comes from knowing that you could very easily not be here or not have that birthday.”

You can learn more about Melissa’s experience in her book “Though My Heart and Flesh May Fail,” that can be found here.

*Medical Disclaimer: All DCM patients are different. Information presented on the DCM Foundation website is not intended to be a substitute for professional medical advice, diagnosis, or treatment. Please consult your physician, cardiologist, or other qualified health providers with any questions you may have regarding a medical condition and/or before doing any activity.