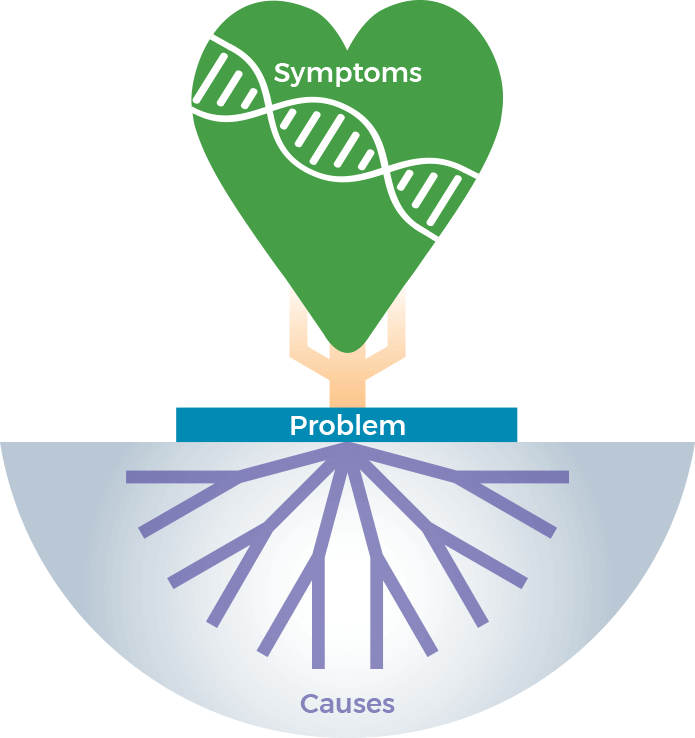 What are the Causes of DCM?

The next most common type of DCM (40 to 50%) is called idiopathic dilated cardiomyopathy (IDC). Idiopathic means “cause is unknown.” For a patient to have a formal diagnosis of IDC, coronary heart disease should have been excluded. Other potential, less common causes of dilated cardiomyopathy should also be excluded. These include certain chemotherapy drugs used to treat cancers (toxic cause), problems with heart valves, congenital heart disease, insufficient thyroid hormone levels (metabolic cause), infection, or iron overload in the heart muscle (another inherited problem). 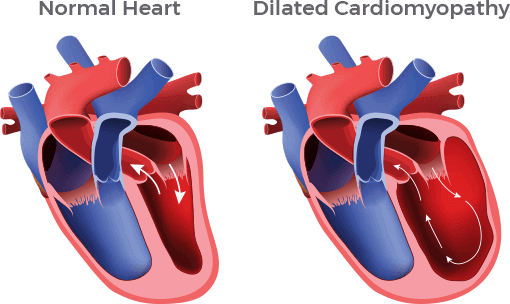 DCM can be a Family Affair

IDC can run in families. When IDC is present in two or more family members, the term Familial Dilated Cardiomyopathy (FDC) is used. Until the early 1990’s, it was thought only about 1 to 2% of cases ran in families. In 1992, however, a U.S. study demonstrated that 20% of patients with IDC had affected first-degree family members (parents, siblings, or children). Data published in 1998 from two European studies reported that 35 to 50% of IDC cases were familial. During the past 20 years, familial DCM genetic studies have identified mutations in more than 30 genes. Most people with a genetic cause of their DCM will have an initial diagnosis of IDC.

Peripartum cardiomyopathy (PPCM) or pregnancy-associated cardiomyopathy (PACM) are terms used to describe the onset of DCM of unknown cause that occurs during pregnancy or the first several months in the post-partum period. There may be genetic causes for the development of PPCM or PACM. It is recommended that anyone diagnosed with PPCM or PACM follow the same Screening Recommendations for DCM: pregnant women who have a first-degree relative with idiopathic DCM should be evaluated for the possibility of DCM onset in pregnancy or soon after delivery. Similarly, first-degree relatives of women with PPCM/PACM should undergo cardiovascular screening.