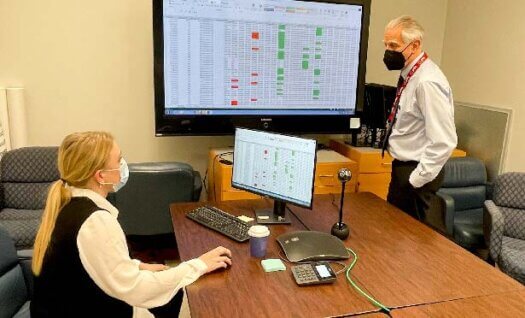 Many of those diagnosed with heart failure don’t know that heredity may have contributed to their condition, a trait that they can pass on to their children as well. The disease, called dilated cardiomyopathy, often goes unnoticed and undiagnosed until it becomes life-threatening, but now a new study by researchers at The Ohio State University Wexner Medical Center published in the Journal of the American Medical Association examines the prevalence of this genetic trait among family members of those diagnosed with the disease.

“For every patient who is diagnosed with dilated cardiomyopathy, there are members of their family who are at risk,” said Dr. Ray Hershberger, a cardiologist and director of the Division of Genetics at The Ohio State University Wexner Medical Center. “That’s why it’s critical to identify those who have the gene mutations, screen them regularly for disease development and begin treatment as early as possible.”

Dilated cardiomyopathy results in an enlarged left ventricle and impairs the heart’s ability to pump blood to the rest of the body. While the disease can be brought on by things like heart attack or artery disease…