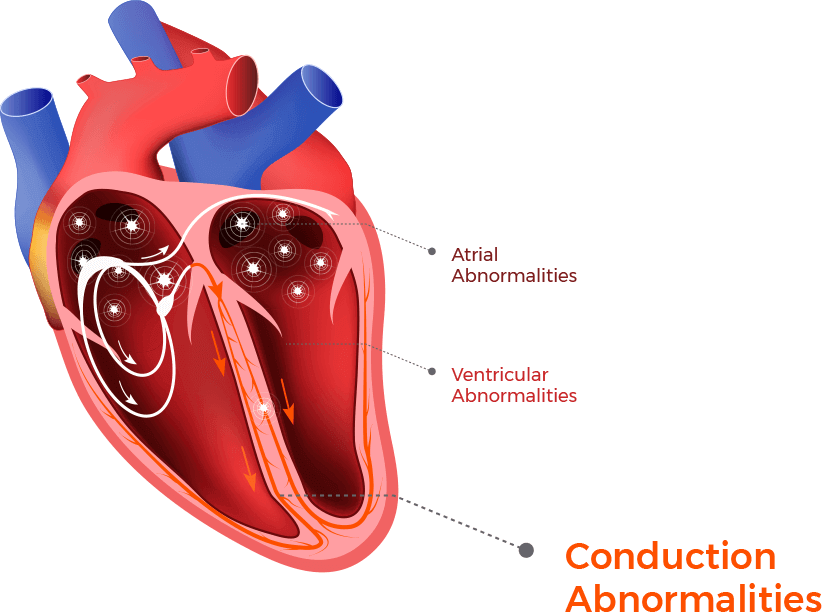 What are Conduction Abnormalities?

Second- and third-degree heart block can cause abnormally low heart rates and worsening heart failure symptoms. Implantation of a pacemaker may be required.

Sometimes these abnormalities can be exacerbated by some of the drugs used to treat DCM, therefore first attempts at therapy may be to reduce the dose of these drugs (e.g., betablockers). However, it is important to keep the dose of betablockers as high as possible, and pacemaker implantation may still be the best therapy. 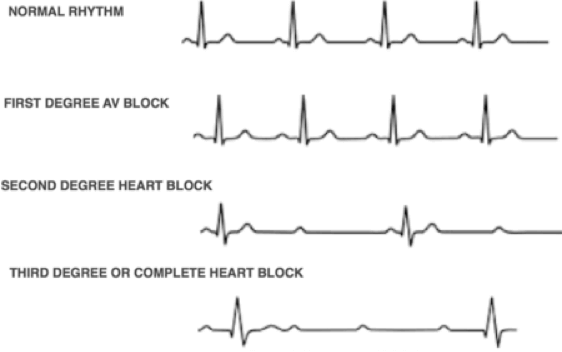 The therapy it delivers, Cardiac Resynchronization Therapy (CRT), paces the heart from both ventricles and produces electrical signal pathways very similar to the normal conduction through the bundle branches. Studies, which have evaluated large numbers of patients, have shown that CRT improves the ejection fraction and increases life expectancy in people with LBBB and with an ejection fraction of 35% or less.

Example of a normal ECG. Notice how narrow the complexes are, which indicates the electrical signals are moving down the bundle branches normally. 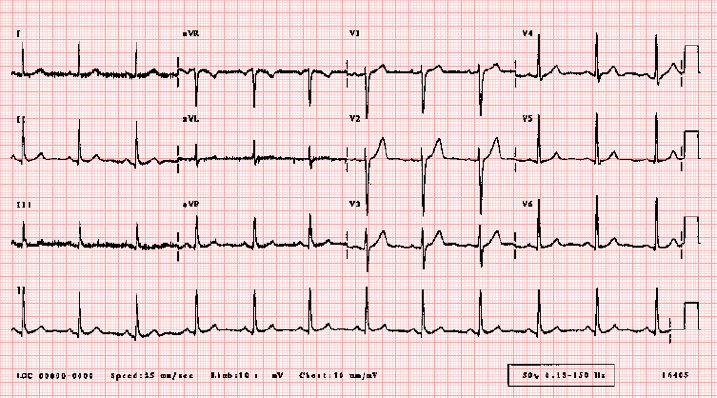 This is an example of LBBB as seen on ECG. Notice that the complexes are wide, indicating that the electrical signal is delayed. Compare this to the normal ECG above.

CRT is also used in other forms of heart block for individuals with DCM. It is the preferred form of pacemaker therapy for those who have second- or third-degree heart block, DCM with an ejection fraction of 35% or less, and need a pacemaker.