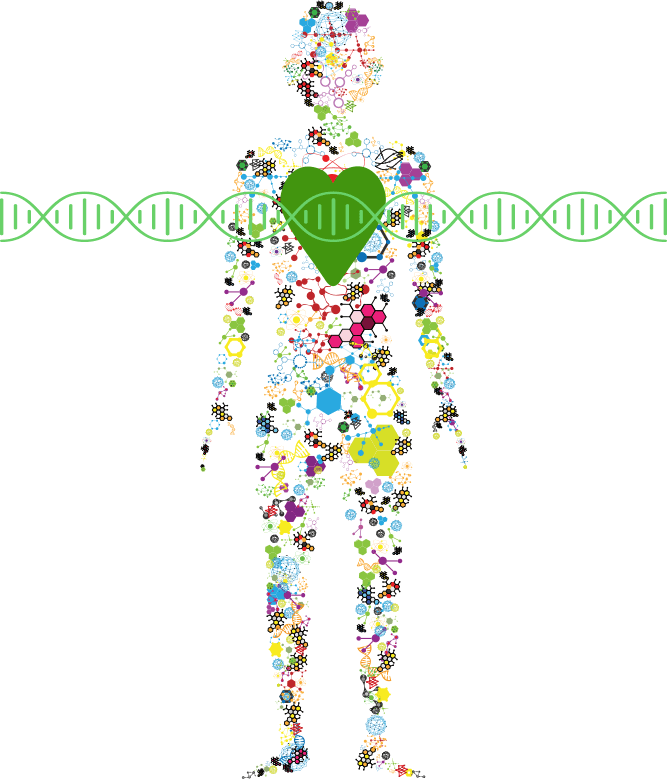 Genetics is the study of genes, genetic variation, and heredity in living organisms.

There are many causes for the development of DCM, including coronary artery disease and other conditions such as infections. Close to 50% of the time, the cause of DCM is unknown; this is referred to as idiopathic. There is growing evidence that most idiopathic DCM is genetic and can run in families.

DCM can run in Families

Genetic research has shown that 20 to 30% of individuals with DCM may have another affected family member, which is called familial DCM (FDC). This has been shown to result from changes (mutations) in the code of several genes whose role is key for normal heart muscle function.

In most cases (90% of the time), FDC appears to be inherited as an autosomal dominant trait. Autosomal dominant means that every child of an individual who carries the mutation has a 50% chance of inheriting the mutation (see diagram below), and this mutation is enough to cause disease. However, not all individuals who carry a mutation will have signs or symptoms of the disease. This is known as reduced penetrance. These carriers still have a 50/50 chance of passing on the altered gene to their children. (To learn about Genetic Screening, please click here.)

What about DCM that does not seem to run in families?

We often see DCM in a single person within a family. Research shows that even when only one person in the family has DCM, the condition can still be genetic. There are different ways in which genetics can play a role in the families of individuals who do not have a family history of DCM.

One of the simplest explanations may be that a family member is affected but doesn’t know about it. DCM can be silent for many years until symptoms occur. The DCM Precision Medicine Study is actively recruiting people with both familial and non-familial DCM to better understand this. If you are interested in enrolling in a research study, click here to go to the research website for more information.

Are there clinical findings that suggest a mutation in one gene vs another?

The clinical features of DCM resulting from mutations in different genes, in most cases, have considerable overlap with one another, even though approximately 40 different genes have been suggested to cause genetic DCM.

One exception is the lamin A/C (LMNA) gene, which may cause 5 to 10% of DCM cases. Lamin A/C cardiomyopathy commonly presents with prominent conduction system disease (disorders of the heart’s electrical conduction system that causes a variety of arrhythmias), sometimes prior to the onset of DCM and heart failure.

Should a patient with DCM undergo genetic testing? 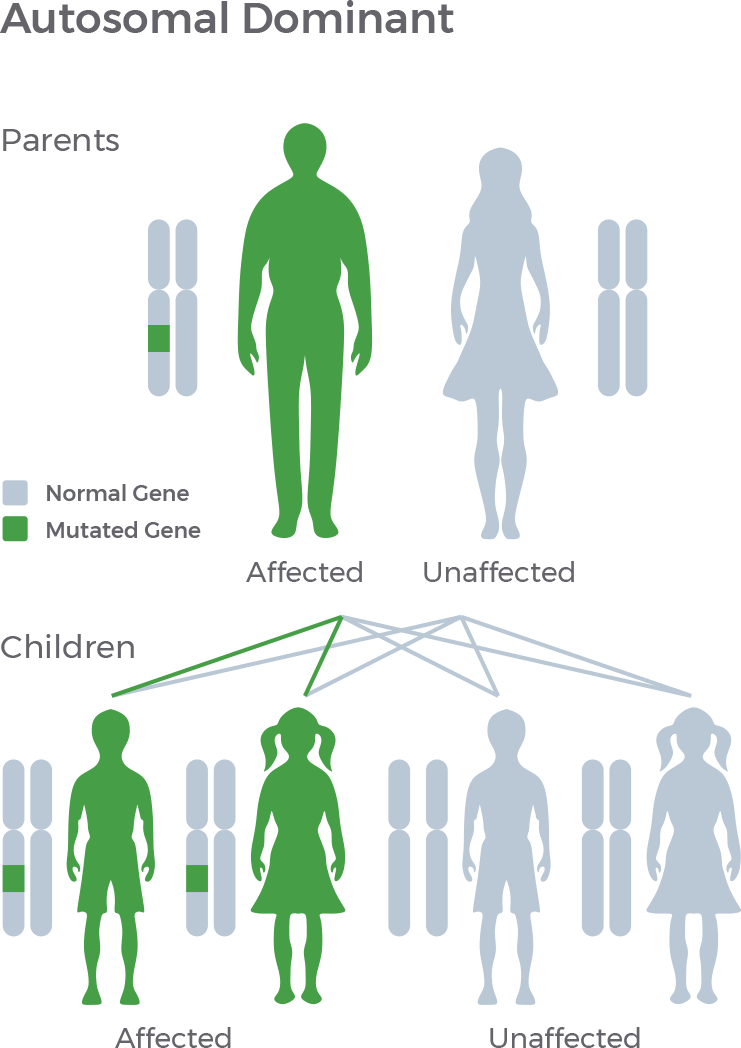 Will every family member carrying a disease-causing mutation have the same symptoms?

No, the symptoms and presentation can vary considerably, even among members of the same family who have the same gene mutation. This is known as variable expressivity. For example, an affected person with the gene mutation may have DCM but only minor arrhythmia symptoms. Another gene carrier in the same family might have a sudden, severe onset at a young age, with cardiopulmonary arrest, or may require a heart transplant.

Unfortunately, there is currently no way of knowing how, when, or with which symptoms this condition will present or begin in any given family member. Therefore, all first-degree relatives (parents, children, siblings) of individuals with DCM should be screened. Individuals who are concerned that they are experiencing any of the symptoms of cardiomyopathy or heart failure mentioned on this website should see their doctor.